The story of Cowgirl Chocolates began in 1995 when Marilyn Lysohir decided to take a break from her art career and do some experimental cooking in her kitchen. Marilyn had a passion for good, gourmet chocolate and having worked in a candy store in her younger years, she decided to experiment with quality chocolate and spicy spices. No one was combining the two, so she thought it was a worthy experiment. Fast forward a few years and Cowgirl Chocolates started to win awards in National competitions. She was featured on the Food Channel and CNBC and her shipments saw world wide appeal. Cowgirl Chocolates has won a total of 19 product awards and 2 packaging awards. We have also been featured on the Food Network on "Unwrapped" and "Extreme Cuisine" and on CNBC "On the Money", and has been written up in the New York Times, InStyle, the Toronto Star among others.

After 20 years, Marilyn has decided it is time to pass the baton to a new head cowgirl, and I was lucky enough to be in the right place at the right time.

My journey with gourmet chocolate began in 1981, when I interviewed with a small, family chocolate company in Carlsbad, California. I couldn’t accept the job due to my college schedule, but I was hooked by the chocolate bug. Having been a real cowgirl and in the horse industry for over 35 years, this seemed like a natural transition from my horse business. I sold my farm in 2017 and was ready for my next challenge.

Cowgirl Chocolates has moved from Idaho to my home in Pilot Point, Texas, January 2018 and in September 2019, we moved once again to Murfreesboro, Tennessee joining my International tea shop – 9 Lives Tea House. We are located at 175 Mall Circle Dr., Murfreesboro, Tennessee 37129. Near the Stones River Mall, across from Dillards.  You will be able to enjoy Gourmet Confections and the best Imported Tea from all over the world. There will be gift selections for everyone and we can package and ship your gift right from the shop – no waiting in line at the post office! If you are not able to make it to the shop, you can find us online at www.cowgirlchocolates.com or, you can follow us on Twitter, Facebook, and Instagram and watch for our specials!

We look forward to meeting you and having you visit the shop! 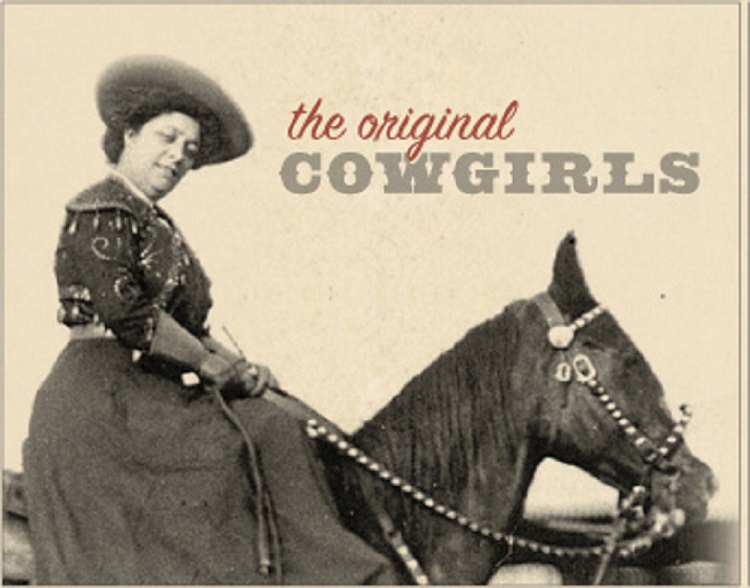 The Original Cowgirl — May Lillie

It all came about when in 1883 Gordon Lillie was assigned by the Indian Commissioner to take charge of the Pawnees who had been hired to appear in The Buffalo Bill Cody Wild West Show. The show was a sell-out success all across the country with its cowboys, Indians, trick riders, marksmen, wild steers, buffalo, and stagecoach pursuit. When the show hit Philadelphia, love hit Gordon Lillie in the form of a city bred, Smith College girl named May Manning. At the end of the show season, Gordon returned to the cattle ranch he now owned in Medicine Lodge Kansas, while he and May kept a steady flow of letters going between them...”

“The next season Gordon/Pawnee Bill took his Pawnee Indians back on Buffalo Bill’s Wild West tour and when the show hit Philadelphia again, he proposed to May. Against her socially prominent mother’s wishes, May agreed to be his bride...”

Major Lillie took her to Kansas where the Pawnees taught her to ride and shoot. In time, the Lillies created Pawnee Bill's Wild West Show and May Lillie toured with the show, billed as "Miss May Lillie, Champion Lady Horse-back Shot of the World." A year later their six week old son died and complications prevented May from having any more children. From that day on, she threw herself into learning how to ride, rope, and shoot like a real cowgirl. Riding side saddle on a running horse, she became a sensational marksman...when Pawnee Bill’s Wild West show hit the road in the spring of 1888. It starred May Lillie, Trapper Tom, brother Al Lillie, Indians from five different tribes, 165 people, 165 animals, and Pawnee Bill himself...”

“In 1908 Pawnee Bill unexpectedly bought out the James Bailey interest in the Buffalo Bill Wild West. From that point on May Lillie refused to ever appear with ‘Buffalo Bill’s Wild West and Pawnee Bill’s Great Far East,” as it was now called. She felt it was a huge mistake to take such a gamble when their own show was doing so well by itself...”

“However between oil, banking, and real estate, Pawnee Bill and May were secure for the rest of their lives. Their ranch became a gathering spot for famous people from around the world and Pawnee Bill now became active in many civic and charitable organizations. He and May finally found time for a child and adopted a baby boy in 1916. However Billie was killed in an accident on the ranch when he was only nine years old.

By 1930 Lillie had pioneered the construction nearby of Old Town, and an Indian trading post in an effort to retain some of the flavor of the old west and Gordon W. Lillie alias "Pawnee Bill" and his wife May had one of the biggest buffalo ranches in Pawnee, Oklahoma. Pawnee Bill and May Lillie celebrated their fiftieth wedding anniversary at a special celebration in their honor in Taos, New Mexico, in August of 1936. Two weeks later May was fatally injured in an auto accident while Pawnee Bill was driving home from Tulsa and she died September 14 of that year. Major Gordon W. Lillie/Pawnee Bill lived another active but peaceful six years on the ranch until his death on Feb. 3, 1942 at age 82.